In an ideal world, job interviews are expected to provide an even playing field for each candidate to make a case for themselves. But the world is far from being ideal. Despite best efforts from both sides, biases are quickly established in traditional interviews. These are a set of preconceived judgments that cloud the interviewer’s objective analysis. More often than not, interview bias works against applicants and takes the focus away from the core competencies.

But with the rise of recorded video interviews, the bias can be significantly reduced. But to know the ways to mitigate the phenomenon, we have to understand what interview bias is, how it comes into existence and its impact on the hiring process.

What is interview bias?

The human element of job interviews can easily get influenced by external circumstances. This can stem from serious factors like race, ethnicity, and gender to temporary issues like bad network connection, unflattering atmosphere, and plain lack of communication channels. Hiring managers, despite going through objective hiring training, tend to form a biased opinion at the very onset and search for clues that legitimize their confirmation bias.

The interview bias takes shape in various forms. It can be triggered by a pre-existing cultural notion, stereotypes, and personal similarity factors. Halo and horn bias are two crucial biases where one strong point overshadows all the other aspects of an applicant. Apart from these, there are also recency and conformity biases.

The bias that sets in is rarely changeable in the latter part of the meeting. It ends up hurting the prospect of an applicant despite having the required qualification and skill set. As a result, companies settle at hiring from a much smaller, and homogenous talent pool which hurts the quality of their workforce.

According to a Yale University study, scientists are not only open to hiring a male candidate over an equally qualified female candidate but also willing to pay an additional $4,000 for the male candidate.

It’s human nature to form perceptions and act on instincts. However, this tendency can well and truly hinder companies from accessing superior talents. Fortunately, recorded video interviews can provide some answers to this pertinent question in the corporate world. With the rise of video conferencing and virtual workforce, it only makes sense to leverage technology to minimize human errors. 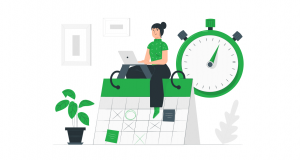 Organized video interview platforms like Easyhire.me come with structured interviews for companies to use in their hiring process. In contrast to the traditional model of hiring, structured interviews offer the same set of questions and timeframe for all the candidates to exhibit their capabilities. Candidates can pick their preferred time and answer the questions from their comfort zone. This results in better quality of answers and lessens the burden of hiring companies in the absence of a manual process. Structured interviews reduce situational glitches and provide an unbiased and uniform system. These interviews are also recorded which brings us to the second point.

Since the video interviews are recorded, they can be viewed later and cross-referenced multiple times. The recorded files can be shared with multiple departments within the company for opinions and collaboration. With Easyhire.me, live and panel interviews can be conducted and recorded seamlessly. This reduces dependency on memory and negates the recency bias. Suffice to say, with recorded video interviews, companies can form a more informed take on a candidate’s future. This is a radical shift from insights-based judgment to data-driven decisions which are less flawed and more in line with the company’s end goals. 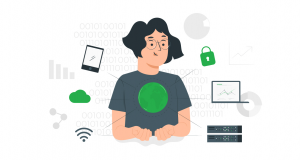 Unlike traditional interviews that require collecting writing samples, Easyhire.me features a system that collects feedback and allows to easily compare candidates based on scores. A certain level of automation helps in streamlining and shortening the hiring process. Companies can pull up ratings, scores, and comments to compare and contrast with others. The job performance of hired candidates can be correlated to the interview process and grades to further improve the process.