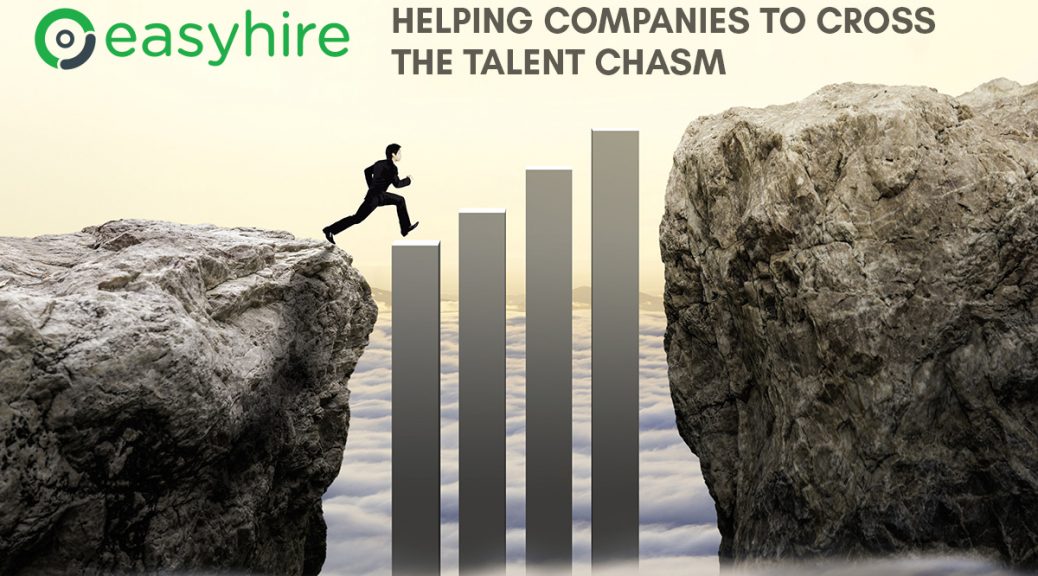 More than two decades ago, industry researchers and influencers – consultants, universities, the labor census bureau – made bold predictions regarding the massive changes our nation would experience in the next 20 years, referring to the phenomenon as “Workforce 2020”.  These thought leaders reported that the labor pool, which was dominated by white males, would become more demographically diverse in terms of gender, ethnicity and age, ultimately, creating a “minority-majority” workforce.

While these demographic projections have very much come to fruition, no one could have imagined the impact that technology would have on employment today, or could have predicted the effect of social, political, and economic influences on workforce models and behaviors.  Consider trends such as:

To name a few.

These forces are very real and, as a result,  are keeping CEOs and CHROs up at night in this tight labor market. In the Conference Board’s C-Suite Challenge 2019™, more than 800 CEOs surveyed reported that talent acquisition and retention was their highest internal concern; while The Hackett Group 2019 CHRO Key Issues Study found that HR leaders have added the ability to address talent and critical skills shortages to their plate of top improvement priorities, but have not been able to give this crucial area the attention it deserves.

As we enter a new decade, these talent challenges will quickly become more profound, since we will quickly move from trends to reality and organizations will feel the financial impact of unhealthy talent pipelines and unfilled critical roles. As HR, Talent and Recruiting professionals, we can no longer depend on the inefficiencies of a linear requisition-to-hire process. In fact, only 6 percent of respondents to the Deloitte 2019 Global Human Capital Trends survey believed their recruitment function processes and technologies were best-in-class, while 81% believed they were standard or below standard.

As a result, HR and Talent leaders are entertaining modern approaches to talent acquisition to broaden their talent pools; to better nurture candidate relationships and connect with prospective employees; to shrink the time-to-hire to avoid losing skilled talent to other opportunities and competitors during the recruiting cycle; and to build their employment brands.  As organizations compete for the same top talent, their recruiting tactics will need include next-gen execution strategies.

Some trends to watch out for in 2020 include…

With the war for talent at its all-time peak, it is not enough to simply refresh existing processes; it is time for organizations to reinvent their talent acquisition strategies. By leveraging modern tools and technologies, recruiting organizations can identify, access, and engage the right talent with speed and agility.

What plans do you have to enhance your talent acquisition process? What outcomes are you trying to achieve? Take our poll to build cross-industry knowledge of the top next-gen recruiting strategies! 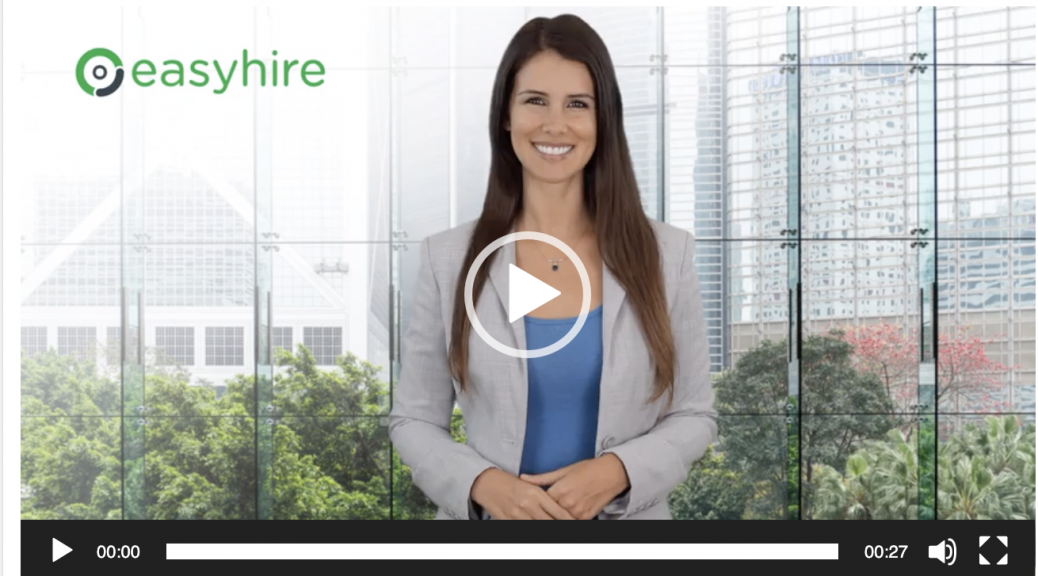 Easyhire.me knows how busy you and your recruiters are.  We also know how passionate you are about finding and screening talent for your team! In order to save your time, we created a special Introduction and Thank-you videos. They can be included in any of your question sets. The video is recorded in high quality and is accompanied by subtitles, which will help even the non-English-speaking candidates to understand.

The Introduction Video explains candidates about the interview process, the types of questions and how the recording works.
View Introduction video and add it to your Question sets: 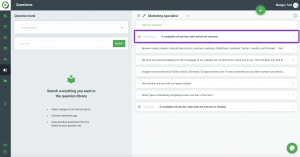 3. Select Easyhire.me Introduction video from the dropdown menu and Save 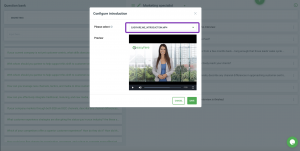 You can add this video in the same way as Introduction, using the Configure Thank You message form and selecting the Easyhire.me Thank You Message video. 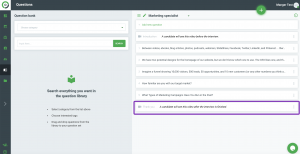 Easyhire.me Team will add new video tutorials for candidates and managers to make our platform more understandable and easy for our users.

When searching for candidates, organizations look for employees who are a good match on the skills, and are the right cultural fit. And they want to find these people fast.

On the phone, a lot of candidates appear to meet the job requirements because the communication is limited. Recruiters can’t see the body language, and it’s hard to tell if a candidate has functional expertise.

So how can recruiters and organizations save time and money on pre-screening, and ensure that only the best candidates make it to on-site interviews? The answer is video technology.

Technology has become a great game changer when it comes to recruiting. Video interviews give recruiters and organizations more insight into candidates in the pipeline, ensuring that only the best ones move forward in the interview process. 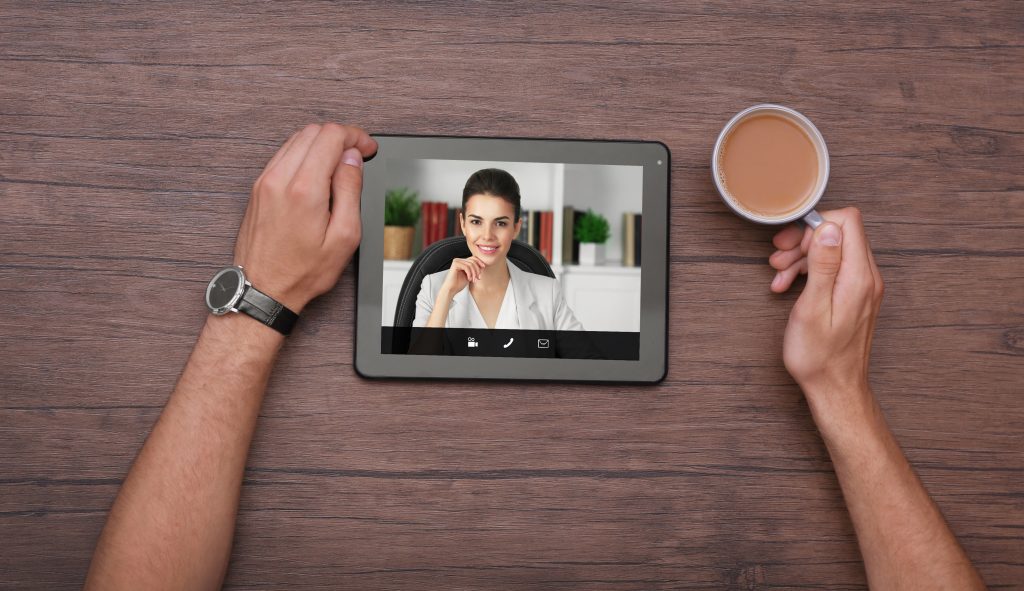 Let’s consider the following scenario. An organization is looking for a candidate. Here’s what an average process looks like before an organization decides if a candidate is the right fit and it’s worth investing more time and money into this person:

With video interviews, you’d know after step 2 if a candidate is the right fit for the job. So why do you have to wait to see the candidate until you bring them on-site?

In the past, organizations didn’t have a choice. The only way to see a candidate face-to-face was to invite them on-site. With the help of video and technology, organizations can save time and money by using video to pre-screen candidates.

Paul J. Bailo, an author of “The Essential Digital Interview Handbook”, says that video interviews are about time and cost efficiency, and that “…digital job interviews are the closest thing we have to face-to-face interviews”.

Video interviews are gaining more popularity. Companies like EasyHire.me make it easy for recruiters and organizations to get started with video interviews—there’s no need to install any software or apps. You can just sign-up for a free trial and start interviewing at EasyHire.me

Contact one of our experts today for a free consultation on video interviews, and to find out if your organization meets minimum technical requirements to sign up for the service.

We have taken on the challenge of simplifying the workflow for prospecting candidates and further improve your easy hire experience.

Our approach combines two distinct ideas that we have been hearing from you –  provide actionable content for candidates and set up self-service workflows to deal with scale.

You can now create a public link to your EasyHire.me job posting and use it in all your job board postings, social media campaigns, and even email messages. Candidates will be able to click to take an On Demand interview immediately and not have to wait for you to schedule one. You also get notified on your Slack channel and Email when candidates submit their interviews.

Candidates visiting your job page can take interview right away!

EasyHire.me Job Link makes prospecting and pre-screening of candidates extremely easy! Cut down time and effort spent on prospecting candidates for your next job and streamline your interview process with EasyHire Job Links!

I landed my first entry-level inside Sales Associate job working in the cubicle trenches for a subsidiary of a massive global corporation. I was so thrilled! The interview process? All it took was a phone call and interview with the Inside Sales Manager (plus a meeting with the HR Manager of course). “Wow! that was almost too easy!” I later found out that it was, indeed, way too easy. I was too excited to really notice and he was as enthused as I was. The initial in-person 1:1 interview took the tone of a conversation between friends rather than what I imagined would be a high-pressure situation where I was to be seated in front of a tribunal full of people in highly professional attire firing questions at me about my SAT scores and college GPA. “Weird,” I thought, “but maybe my interpersonal skills are so good that a ‘real interview’ isn’t necessary!” Looking back – was this really the case? Nope.

Anyone reading with hiring experience will recognize my former manager’s hiring process was not only lacking, it was nonexistent! Is this freestyle type of interviewing good practice? Not by a longshot. People who’ve done research into the history of job interviews (they actually exist!) describe what I experienced as a laissez-faire interview. Essentially, where there should have been a process, there was a void. And it had serious repercussions.

It wasn’t until we, the company’s first Inside Sales team (all five of us hired in the span of a week), started our work when I realized something was up. We all had the same orientation, same training on an advanced technology product, and the same objectives. Off the cuff there were two others beside me doing amazingly; successfully making appointments off cold calls within a week, collaborating with the remote sales representatives, setting up demos and conference calls, and dutifully logging all communication in our CRM. We were the “A Team.”

However, while the A-Team garnered considerable traction, I started to notice (and I’ll put this politely) a severe divergence in the quality of work performed by the other two in our cohort; both had dread of making outbound calls, they did a mass send to twenty-five customers a day to keep their CRM activity log somewhat up to par, but the dollar signs speak for themselves, and it didn’t take long for the Sales Department to recognize that these two hires weren’t ready, willing, or capable of doing their work.

So who’s to blame here? The Inside Sales Manager who hired people he thought would make good pals? The two hires who didn’t work out? The company? Answer: none of the above.  This isn’t politics, this is business. Instead of wasting our time blaming people, let’s take a closer look at what were the systemic problems in this particular hiring process.

I found out later that the Inside Sales Manager, along with his own quota and sales responsibilities, was simply given a budget and orders to hire an Inside Sales team and to do it fast. That’s no easy task – especially for someone with no previous hiring or interviewing experience. Without enough time for screening, a hiring team, or methodical process for interviewing, it was impossible to build a consistent high-caliber sales team.

Solution? Outfitting your hiring teams with a Talent Management Platform ensures a consistent structure in your interviews. EasyHire.me, for example, provides the ability for hiring managers to conduct Live and On Demand video interviews that can be recorded for later review by fellow team members. There’s no room for the laissez-faire style interview in a situation when a dedicated and focused hiring team (not just a single individual) plans and collaborates around the most relevant questions to ask or projects to give. If the two Sales Associates who didn’t work out were made to do mock cold call for mock product demonstration, surely things would have taken a different direction.

For those of you reading who’ve been in a similar experience or are getting too many of the “wrong fits,” we’d  be more than happy to show how EasyHire.me can enable talent acquisition teams to conduct efficient, consistent, and meaningful job interviews!

We’re excited to announce the on-demand video interviewing capability to our EasyHire.me Interview Management Platform. With EasyHire.me on-demand interviews, you can streamline and accelerate your pre-screening process.

On-demand interviews provide significant benefits to the hiring team. By creating a concise list of job-specific questions and inviting a number of promising applicants to record responses on their own time, the hiring team could get valuable pre-screening data to visually compare. This allows the hiring team to shortlist the most qualified applicants, much faster. The hiring team saves valuable time as no scheduling of interviews is required and the same interview recording can be shared and viewed multiple times.

On-demand interviews significantly simplify the hiring process for both the companies as well as the candidates. It is well-suited for even passive candidates as they can fit it into their busy schedules without taking time off work.

Check out our latest press release for more details.